13.10.2015 is a beautiful town in West Pomerania, whose entire old town is entered in the register of monuments. To a large extent destroyed, it was carefully rebuilt after the war. Her history perfectly illustrates the paradoxes of history: the monuments that survived the German occupation were destroyed in 1945 by the hands of ... the liberators, i.e. the Red Army. The city is located on the very important European Route of Brick Gothic, a tourist route covering 32 cities in Europe. The stronghold had existed since the tenth century, but received city rights after 1200. Chojna's development was related to trade and location on the Rurzyca River, which allowed the transport of goods by water. In the Middle Ages, the city belonged to the Teutonic Knights, then returned to Brandenburg. Thanks to the railway line connecting Szczecin with Kostrzyn in 1877, dynamic development of trade, industry and education began here, stopped by the outbreak of World War II. In February 1945 the town was taken by the Red Army. Most of the old town was burned together with the church of the Blessed Virgin Mary and the town hall, which was the pride of the city. Former Konigsberg in der Neumark, joined to the Polish territory after the war, was temporarily named Władysławsko, Królewiec, and finally from 1946 - Chojna. Despite decades of distrust and injury, former and current residents managed to communicate and work together for the benefit of Chojna. The most prominent proof of reconciliation is the Polish-German foundation rebuilding the monumental St. Mary's Church, built in the years 1389-1407 and expanded in the 15th century by the outstanding architect Henryk Brunsberg. The brick temple on a stone foundation is one of the most beautiful and largest Gothic religious monuments of Pomerania, it also stands out over a hundred-meter church tower, the third highest in the country. After the fire in 1945, once a richly equipped parish church, only the decorated outer walls and fragments of the frescoes from the 15th century survived, but the church is systematically rising from the ruins. In 1989 a historic ecumenical service was held here. A characteristic feature of the city of Chojna is also the beautifully catching facade of the town hall. The Gothic building erected by the Chojna burghers in the first half of the fourteenth century was originally a house of merchants. It has been the seat of the city authorities since 1433. The Town Hall, completely destroyed during the war and rebuilt in 1986, draws attention with its beautiful lace peaks. The quadrangular building in the form of the Brankowska Gate with an octagonal superstructure is a fragment of the defensive walls that still surround the Old Town, built from the 13th to the 15th century. This gate with an open observation deck is located in the eastern part of the city, and on the west side is the Secular Gate. A beautiful city full of medieval architectural monuments, not spared by history, was able to rise from debris and is constantly undergoing numerous renovations and renovations to protect the heritage. Tenements already renovated in the Old Town give Chojna a special charm. 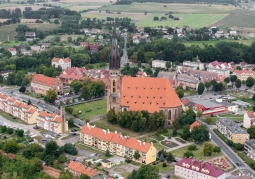 The entire area of ​​the Old Town of Chojny has a diameter of 580 m. The Old Town is entered in... 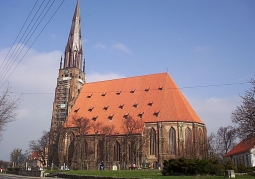 St. Mary's Church in Chojna is a monumental building, one of the largest Gothic churches in Poland.... 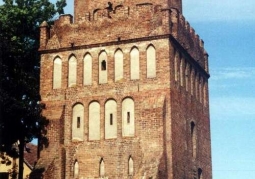 The Barnkowska Gate, also called Myśliborska, was built at the turn of the 14th and 15th... 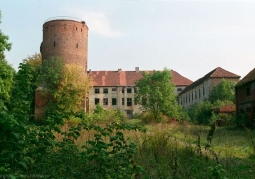 The biggest tourist attraction of Swobnica. The ruins of the castle of the Knights of St. John from...

This site uses cookies. Learn more about the purpose of their use and changing the settings in the browser. By using the website tourpoland.net you agree to the use of cookies in accordance with current browser settings.